1 Other General Employment jobs in Durban on Job Mail 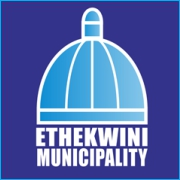 Ensure validity and correctness of documentation presented and captured for payment and the general supervision of duties of staff in the Accounts Payable Branch.

EThekwini Municipality is a Metropolitan Municipality found in the South African province of KwaZulu-Natal. Home to the world-famous city of Durban. EThekwini is the largest City in the province and the third largest city in the country. It is a sophisticated cosmopolitan city of over 3 468 088 people. It is known as the home of Africa's best-managed, busiest port and is also a major centre of tourism because of the city's warm subtropical climate and extensive beaches. The eThekwini Municipality is an employer of choice, with excellent working conditions and competitive salary packages for employees. The Municipality is committed to creating a great place to work by creating development opportunities for employees to grow. Working for eThekwini Municipality will give you a chance to make a difference in people’s lives and become part of our team to make Durban the most caring and liveable city in Africa.

Please sign in to apply for this Job Ad

This alert already exists for this Email.

You have successfully created your alert.

You will receive an email when a new job matching your criteria is posted.